Are you an aspiring data scientist looking for a structured learning path?

We’ve put together a complete data science roadmap to help you reach your goals. Through a series of milestones, this roadmap will serve as a step-by-step guide throughout your data science learning journey.

To be a data scientist, you need a mix of programming, analytical, and decision making skills backed by business acumen. From programming for data science to building predictive models, this roadmap has you covered. We have categorized the skills—from beginner to advanced—along with the timeline that you’ll need to work on each tech stack to understand the foundational concepts.

In this part 1 of the data science roadmap, you’ll find learning paths for Python, SQL, and Math for Data Science.

Build a number guessing game with the following functionality:

Key takeaway: Understand when to use which data structure

After you’ve learned Python, your next milestone should be to gain a good understanding of SQL or Structured Query Language. Most interviews for data roles involve a programming round (preferably Python), followed by at least one round of SQL interviews.

Like Python, SQL is intuitive to learn and easy to understand, but cracking SQL interviews for data science roles requires constant practice to hone your problem solving skills, and it’s a skill that’ll help you greatly in your day-to-day job as well.

In this section, we’ll give you a learning path for SQL—from beginner to advanced—along with interview questions or practice problems.

Practice is the secret key to getting better at SQL!

If you are looking for resources to learn one or more of the following concepts check out our guide check out the guide below.

At this point, you’ve learned Python and SQL—the two key skills to get started with a career in data science. This section will be on Mathematics for Data Science. You don’t need a degree in mathematics to be a successful data scientist. But a fairly strong understanding of the following math fundamentals can help you become a better data scientist and better explain decisions.

A high-school level understanding of the math concepts will suffice. As a data scientist, you should always be willing to learn, explore and upskill yourself. You can always build on the foundations and learn advanced concepts as you progress in your data science career.

For each of the sections, we’ll also leave you with a few resources that can help you get a good grasp of the concepts within a minimal timeframe. We’ll also share a challenge application that you should try for yourself—putting your Python programming and math skills to test!✔

💡 Application: Understand the working and implement the gradient descent optimization algorithm from scratch. Put your linear algebra and calculus skills to test.

💡 Application: Learn to generate and sample from probability distributions in Python: Use Python for Probability, CS109 @Stanford as the reference.

💡 Application: Choose any dataset from your domain of interest. Analyze the distribution of various features, compute summary statistics and record your inferences in a report/ Jupyter notebook. 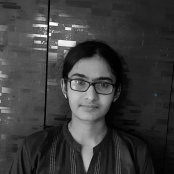 Bala is a writer with interest in math, programming, and data science.